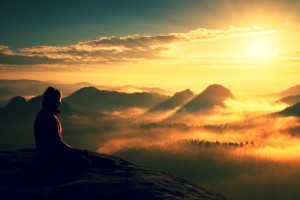 I have asked myself what is it I am to Embrace Something Different. It is a little weird of a jargon but let me explained. I have joined a new meditation and breathing group in the last two weeks and I am discovering something new every time. I came up with the name of the blog post ” Embrace Something Different” because different is not what we will actually will expect. I have attended the class. I have realize that sometimes, we can become afraid of something new that is emerging in our life where we do not understand why are we going through these obstacles, why life is so difficult? But not understanding its not difficult its not an obstacle, we are unfamiliar to what is happening and it new.

As humans, we can become so use to doing the same thing over and over. It becomes frustrating when its not the results, we are expecting from doing it over and over again. What if we start open our-self to experiences of life and not expecting anything it would be as if we are embracing something different. Something that you don’t know how to do and something its not part of your norm.

My instructor told me that I think to much. I thought it was weird because I was taught to always think. It was to the point that my instructor told me I think so much I even think about breathing, just as little as taking in deep breaths.  I took that information and the thought came to me driving to the office to do a cosmetics giveaway. Now in the past I would have planned, planned and planned. But this time I just started to get into the action did not think and just did what a giveaway should entail.

Boy, I felt scared putting together the giveaway but I new it had to be done and I needed to do something for myself. The moment I press send and started to post. I started to see all of my mistakes that I have done and steps that I have missed but something told me inside of me, Take a deep breath and breathe and enjoy the moment. Started to see all of the miracles that is taking place at that time. I started to do that at the moment and I stated to see people to participate in the giveaway. I just took notes writing down what I think, I would like to implement  and told my business partner what we can do for next time. It was a success because I have label and name that experience a success.

I had a great time doing the cosmetics giveaway and had a great success percentage that I will share at a later time.

Thanks You all who have participate.